This entry was posted in Uncategorised on 27 March 2015 by Val Lord.

By the Lady of the Drams

I recently had a chance to visit Glenfarclas Distillery with a group of lovely people who were fairly new to whisky for a 5 Decades tour.  It always gives me great pleasure to see the amazement and reactions of people experiencing this for the first time.  The distillery is, at the moment, on a five day week so it was very strange to walk through the silent rooms where our tour guide (Murray) didnt have to shout to be heard.  Murray gave us a great tour, answering all the questions that were thrown at him and sharing his vast knowledge while the sun shone down on us. After the tour we were taken to the ship room which is one of the most beautiful tasting rooms I have ever been in and we were soon to find out that the whiskies were to match our surroundings. 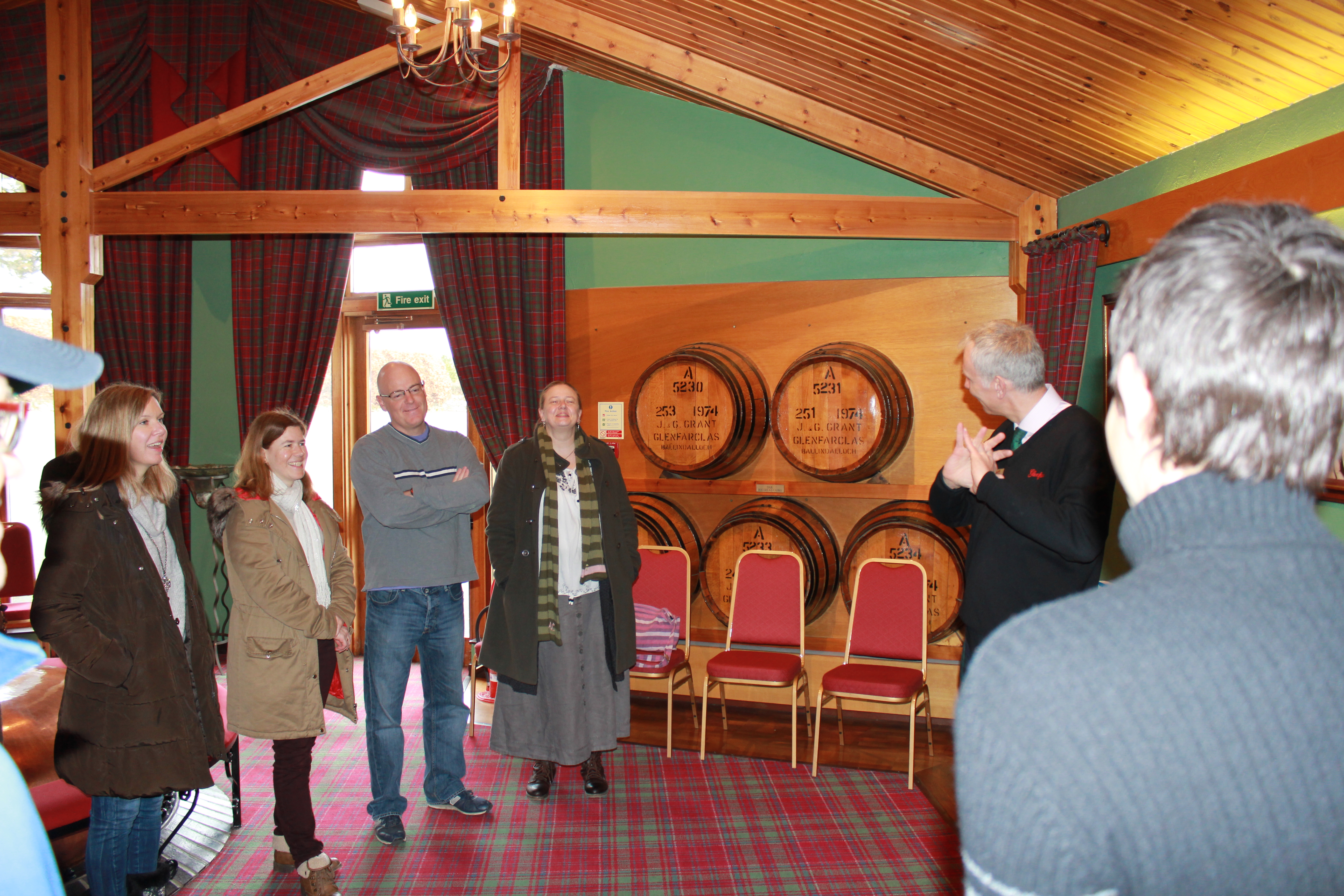 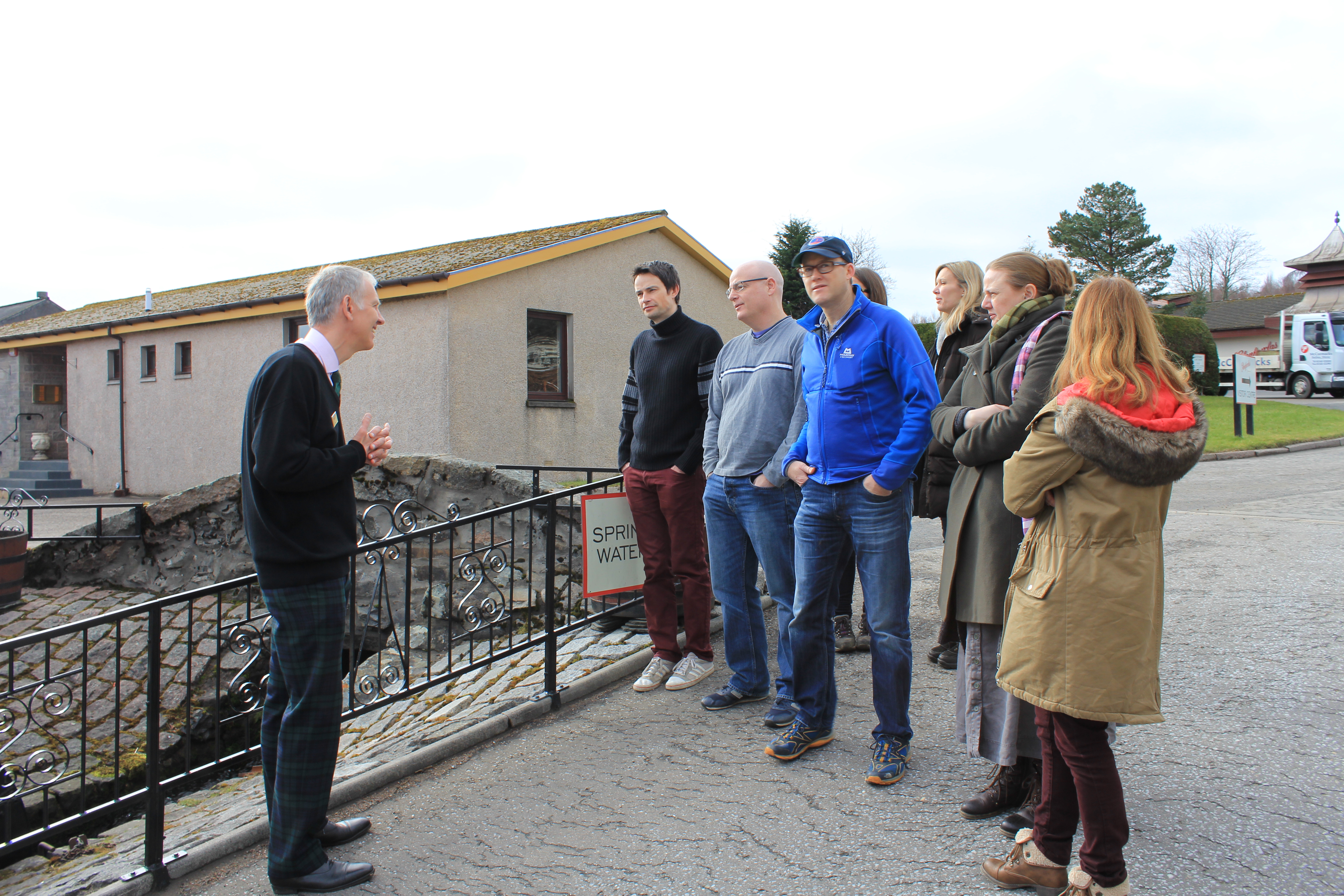 First was a 1998 Family Cask at 58% abv which had a fantastic nose giving dark treacle, muscovado sugar, Seville oranges and citrus covered in dark chocolate.  The taste lived up to the nose with sweet and spicy chilli chocolate, raisins soaked in sherry followed by oranges and light coffee essence. 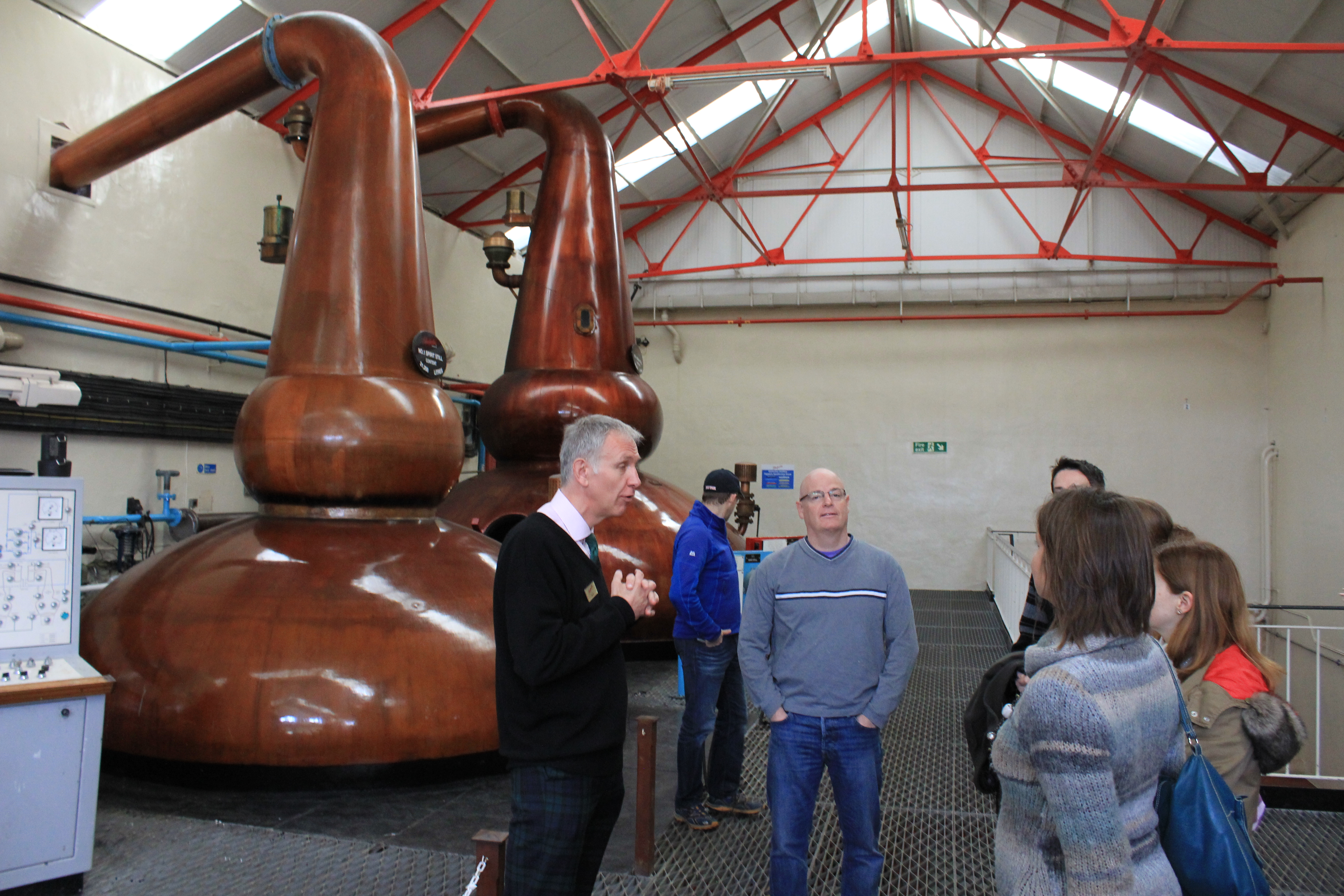 Next was a 1970 sherry hogshead Family Cask with an abv of 55.3%. Not only were the whiskies getting older but the colours were turning from a light gold to a rich dark sherry colour. The nose on this was very sherried and creamy with dark treacle and dates - Christmas cake in a glass with a feint hint of wood and liquorice in the background. The taste was really creamy with a surprising hint of light smoke, chewy and mouth coating leaving your lips tingling. Raisins, coffee and logan berries come after with spiced marzipan covered in chocolate.

Now to the next decade which was a 1965 sherry butt at 51.8% abv.  This reminded me of salted caramel, with spicy sherry notes and a hint of ground coffee.  Again the taste was smooth and creamy with a chilli prickle and a waxy fajita touch with chocolate orange. 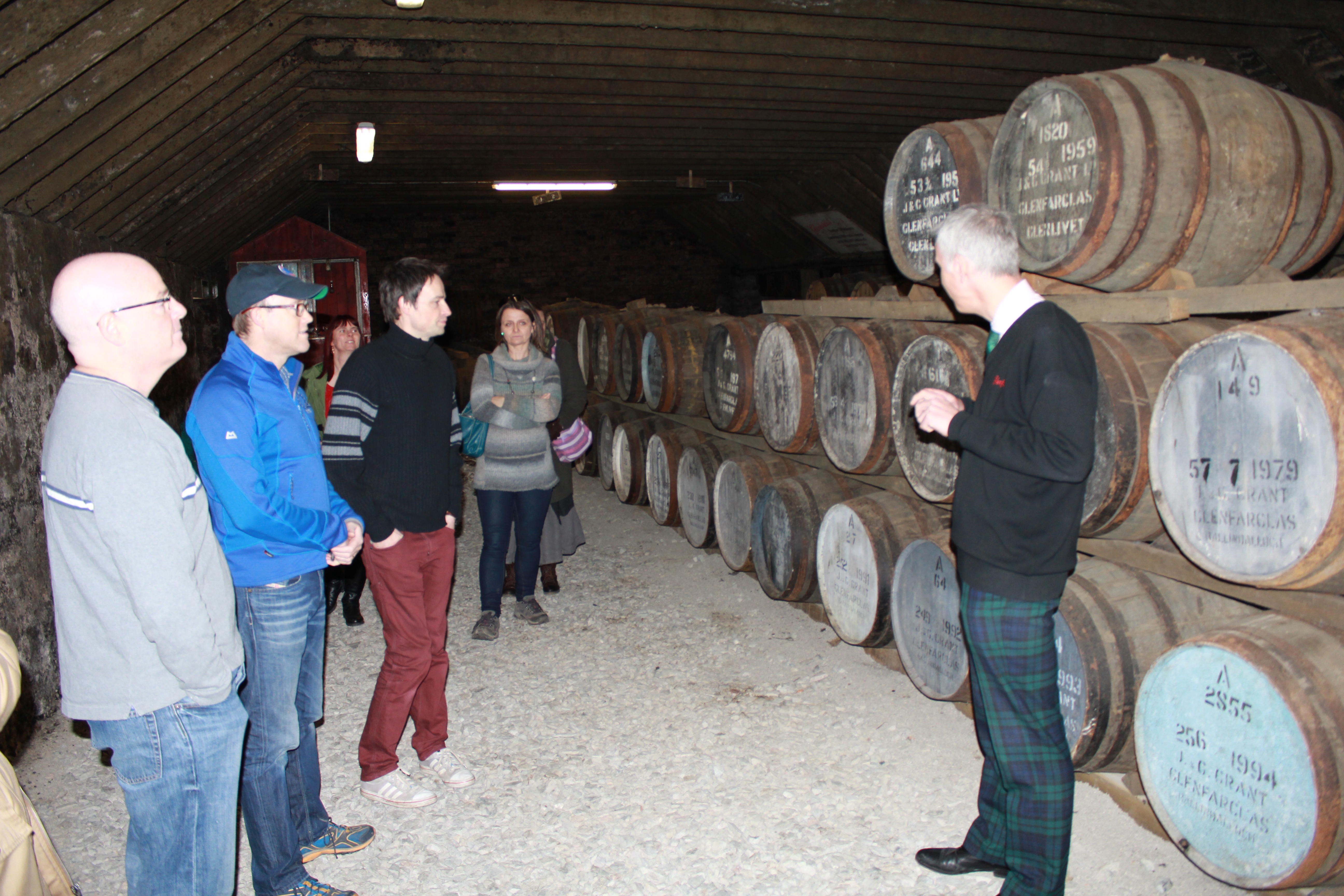 To finish our tasting we ended with a 1957 family cask (16 years older than me) which gave me more salted caramel but also there was a fresh wood note reminiscent of the start of spring when the flowers and ground start to open up.  The taste was smooth to start with then a spiciness arrived followed by a woody liquorice note and ending with fresh geraniums.

It was a great way to start off the weekend. 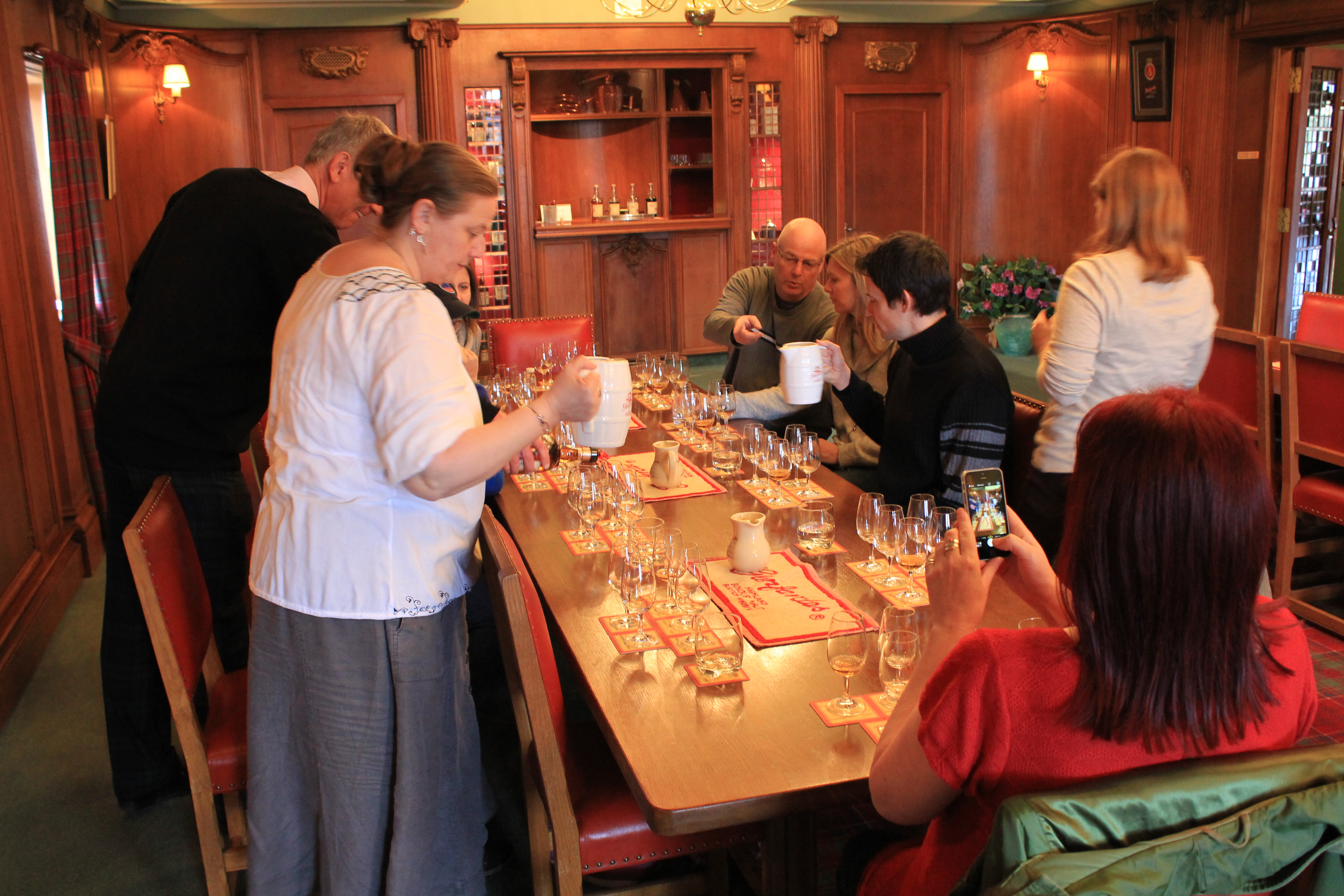