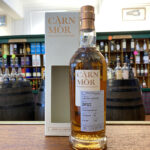 Morrison Scotch Whisky says "This 9-year-old Highlander has been finished in Ruby Port for 12 months having spent the previous 8 years in First Fill Bourbon. This unique liquid explodes with sweet and tangy red berries, homemade redcurrant jelly with Scottish oatcakes. The ultimate after dinner accompaniment." 890 bottles produced £60.95Add to Cart View the Product 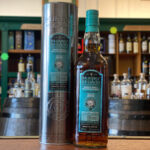 Bottled exclusively for the UK, this Glencadam is described as 'A marvellous addition to the Benchmark series of indie bottlings from Murray McDavid, it's a single malt from Glencadam! Distilled in 2012, this one was matured in an ex-bourbon hogshead, finished in a single first-fill oloroso sherry cask, and bottled after nine years, at a hearty 59.2% ABV.' Cask #800525   £66.50Add to Cart View the Product 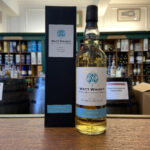 This whisky was distilled on Orkney in 2012 and bottled from two Hogsheads which produced a total of 733 bottles at 57.1%.  Watt Whisky described this whisky as "creamy, custard tarts, rock salt, citrus and pears".   £59.95Add to Cart View the Product