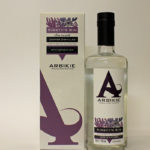 Arbikie Kirsty's Gin is named after the first master distiller whose chosen botanicals are; Kelp, Carline Thistle and Blaeberry to embody the elements of ocean, rock and land that surround the distillery. Now on the fourth generation these Scottish farmers use traditional distilling methods and a copper still and blend three perfect potato varieties to create a spirit they describe as deliciously smooth and creamy and also Gluten free. £34.50Add to Cart View the Product 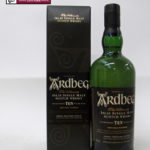 Ardbeg 10 Years Old is revered around the world as the peatiest, smokiest, most complex single malt of them all. Yet it does not flaunt the peat; rather it gives way to the natural sweetness of the malt to produce a whisky of perfect balance.   £46.95Add to Cart View the Product 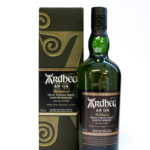 Ardbeg An Oa uses a "gathering VAT" which is charged from several different types of cask including new charred oak, ex-PX sherry and first fill ex-Bourbon. £48.95Add to Cart View the Product

Corryvreckan takes its name from the famous whirlpool that lies to the north of Islay, where only the bravest souls dare to venture. Swirling aromas and torrents of deep, peaty, peppery taste lurk beneath the surface of this beautifully balanced dram.Like the whirlpool itself, Corryvreckan is not for the faint-hearted!   £75.95Add to Cart View the Product 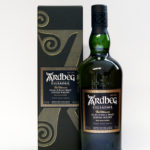 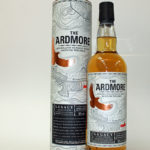 This expression of Ardmore is a marriage of peated and un-peated single malt resulting in a lightly peated whisky. £32.95Add to Cart View the Product

The 2019 release from Ardnamurchan Distillery is 2 years old and is from first fill ex-sherry casks. £56.95Add to Cart View the Product 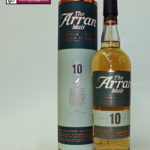 The Arran 10 Years Old is a fresh amd vibrant expression of the Arran malt with all the hallmarks of the classic island style. £37.95Add to Cart View the Product 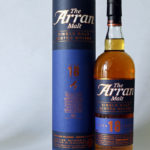 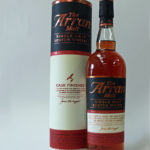 After initially maturing in traditional oak casks the Arran single malt in this bottle was specially selected to be finished in Amarone Wine Casks from Italy. Arran described it as having notes of dark chocolate, cherry and Turkish delight. £48.50Add to Cart View the Product

What makes Arran Gold so smooth and subtle is the Single Island Malt Whisky from the Isle of Arran. The distillery say it is rich and creamy and refined it lingers on the palate long after the final sip. WSD: Smooth creamy and delicious. Think of a thinner, more chocolatey Baileys. (V) £18.95Add to Cart View the Product 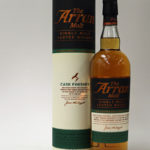 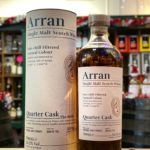 The Distillery says: "The Arran Single Malt selected for this cask strength expression was initially matured in first-fill ex-Bourbon barrels for 7 years before being transferred for secondary maturation into smaller Quarter casks also made of the finest American oak for a further 2 years. The process of transferring our whisky into the smaller 125 litre sized casks for their final 2 years of maturation produces far greater contact between the whisky & oak and a faster, more intense maturation. The end result is a full-bodied expression of Arran Single Malt combining power and finesse full of rich vanilla sweetness and bold peppery spice. Bottling at natural Cask Strength without chill-filtration or artificial colouring of any sort presents this whisky in its purest form. Small casks would have been a common feature of the Arran whisky trade in the eighteenth & nineteenth centuries as they were easier to handle and transport around the island. With our new core range Quarter Cask expression we proudly bring this tradition back to life." £51.95Add to Cart View the Product 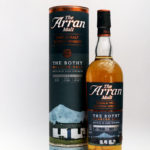 The Arran single Malt selected for The Bothy was initially matured in first-fill ex-bourbon barrels before being transferred for secondary maturation into smaller American oak casks for a minimum of 18 months. This process creates greater contact between the whisky and oak and a much more intense maturation. This bottling was bottled in September 2017 was bottled at cask strength. £50.50Add to Cart View the Product 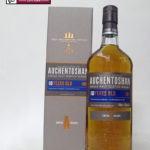 Triple distilled and matured in American bourbon oak for over 18 Years.  The result a refreshing Lowland single malt whisky with the added infusion of ripe citrus and green tea, the warmth of toasted almonds and the signature smooth, delicate Auchentoshan taste.   £89.95Add to Cart View the Product

We have changed our shipping rates. Please view our "Shipping" page for more details. Dismiss