In the 19th century, Scotch whisky was frequently transported across the Glens in quarter casks.  Laphroaig today breathes new life into the tradition.  Still-maturing whisky from standard ex-bourbon barrels is transferred to quarter casks and left to rest in the warehouse just a stone's throw from the Atlantic shore.  This increased oak contact creates a soft and velvety edge to compliment Laphroaig's distinctive peatiness.   £49.95Add to Cart View the Product 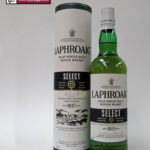 This special Laphroaig is created from carefully selected casks of each of the key styles, stretching back in time - with one notable addition.  The heart of the spirit is drawn from a final maturation in new American Oak casks for six months. £36.95Add to Cart View the Product 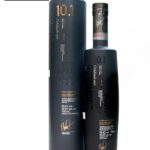 The Distillery says: "Distilled from Scottish barley in 2013, Octomore 10.1 is the benchmark of the 10s series. Deliberately stripped back to an ex- American oak maturation, aged just 5 years old, the .1 edition exposes the structure and presence of the Octomore spirit. Combining smoke with a modest maturation, this 10.1 first and foremost demonstrates the true potential of a considered, patient distillation."     £130.00Add to Cart View the Product 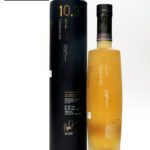 The Distillery says: "Distilled in 2013 from the 2012 harvest, the Octomore 10.3 has been brought home by farmer James Brown. Taking on the challenge of growing Islay Barley, he braces the conditions of the wet and wild west coast to combine an exploration of Islay terroir and stratospheric smoke. For the first time, the .3 is matured for six aged years but crucially only in ex-American oak. These top-quality casks have gently coaxed this Octomore spirit into life in Warehouse 16, next to our 10.1 edition. The components of our 10.1 and 10.3 are so similar, the distinct flavour difference must be owed to the barley’s respective growing location."     £179.00Add to Cart View the Product 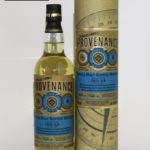 This Caol Ila was distilled in December 2011 and bottled in February 2020 from one refill hogshead. It is one of only 400 bottles. £52.95Add to Cart View the Product 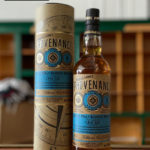 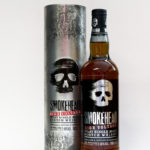 The distillery describe this cask strength Smokehead as 'Deeply rich and intensely peaty, this whisky hits all the senses with a rush of black smoke, creamy, nutty notes, and a tangy sea salt finish. Smokehead High Voltage is distinctive, explosive and not for the faint of heart.' £55.95Add to Cart View the Product 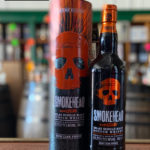 This Islay rebel meets a rum cask cousin in a rush of explosive flavours  bursting with fiery peat smoke, burnt marshmallows and softened with caramelised fruit. A epic taste adventure. £57.50Add to Cart View the Product 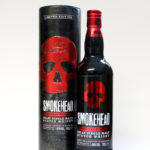 Smokehead Sherry bomb is a limited edition "heavily" peated expression of Smokehead which is a single from an Islay distillery.  IMD described it as being " boldly blasted by Spanish Oloroso sherry casks.  The say the whisky is " a smoky, spicy and sweet malt takes no prisoners.  Immense, intense and full of Smokehead boldness and attitude". £63.95Add to Cart View the Product 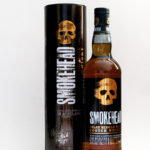 Intensely rich yet subtly sweet, Smokehead embodies a wild spirit and appeals to those with an appreciation for heavy, earthy peat. With immense smoke and notes of sea salt and spice, this is a vigorous whisky that stands out from the crowd. £31.95Add to Cart View the Product 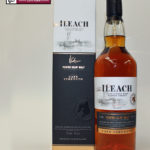 It's a secret which Islay distillery this whisky comes from but it is a heavily peated whisky with a long finish. It certainly pulls no Islay punches!   £41.50Add to Cart View the Product 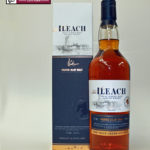 Robustly peaty, with that unmistakable breath of the seashore, The Ileach is 'a true man from Islay'. What The WSD thinks:  Tinned fruit cocktail, heavy on the pear chunks and made next door to a lit bonfire.  Much sweeter in taste with a velvet toffee cream.  Very well balanced with the smoke returning on the finish. £25.95Add to Cart View the Product