This entry was posted in Blog, Newsletters, Other Whisky News on 13 December 2014 by Val Lord.

We are counting down to Christmas with a very unique sale starting today.  With 12 (ish) days to go to 25th December we have selected 12 stunning whiskies and discounted them by 25%.

These whiskies are in very short supply so don't delay!

We have loads more offers in our festive sale.  Check out all of our sale here.

The legal bit:  Prices are quoted inclusive of VAT which applies to all UK and European Union sales.  Shipping charges will apply but we are offering free delivery in the UK on all purchases made up until December 31st.  No further discounts can be applies to any of our Special Offers. 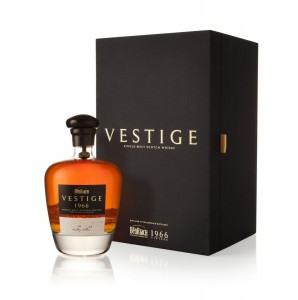 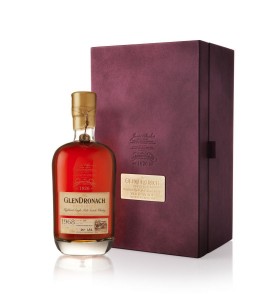 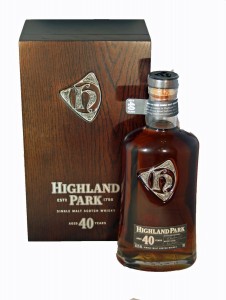 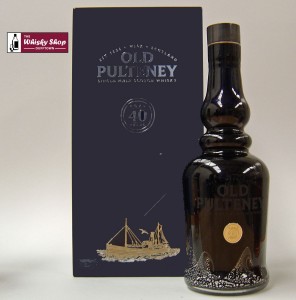 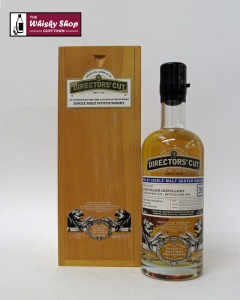 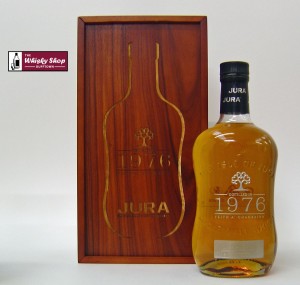 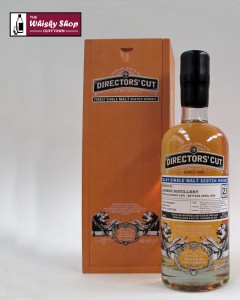 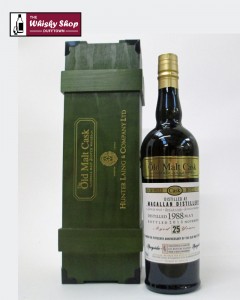 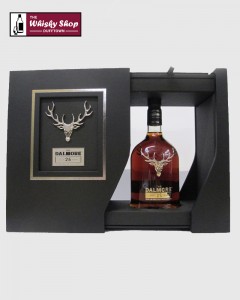 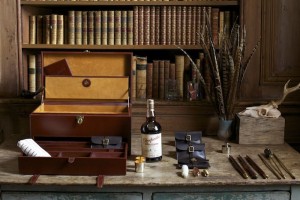 This entry was posted in Newsletters on 24 May 2014 by Val Lord.

We recently added 2 new bottlings to our list.  They could not be more  different and in my opinion they are both outstanding.

We have a sherry bomb Glenfarclas 1991 and what we are calling the a'bunadh of Islay is a Caol Ila 2004. 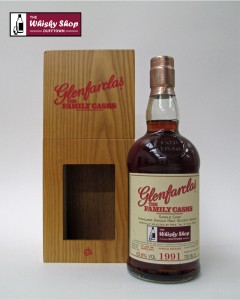 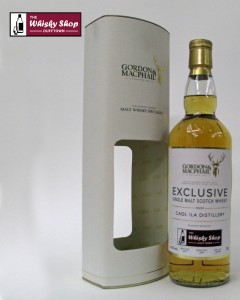 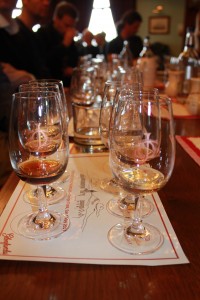 It was certainly a festival to remember.   We ran a record number of events this year and had our highest attendance.  We continue to be the biggest contributor to the festival. Thank you to all who came and I hope you enjoyed it.

The team also managed to go the full festival without any major injuries!  That is a first.

Thanks again to Warren, Gemma, Phil, Kat, Simon and Kirsteen for all their help.  And a big thank you to Vicky for all she did including co-hosting the second most complicated tasting we have done (whisky, beer and food).   Of course a very special thank you to my long suffering wife who ran the shop.  Thank you Mrs Lord. 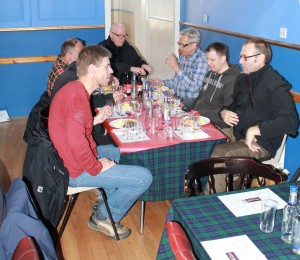 We continued to experiment with our food and whisky pairings.  To see what is the best malt to have with a bacon roll click here and for haggis here.  Thank you to the team at St James' for all their cracking work.

We say goodbye to Mary Hemsworth who has been the festival manager for Spirit of Speyside for the last three years.  Thank you and all the best, 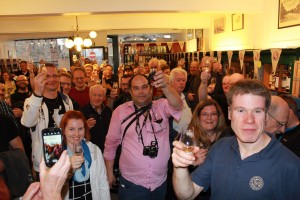 Here at The WSD HQ we are finalising the programme for our Autumn Festival which runs from the 25 to 29 September.  You can view our progress here.  It is going to be fun and exciting!!

We are tweaking our website to make navigation easier and the festival now has its own page accessed from the events item on the main menu. 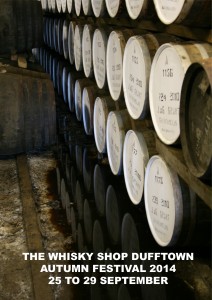 We are continuing to improve our website.  Our most recent additions have been to add some standard searches to our search and we have also included some articles under the Directory section on Dufftown.  I hope you like them

A bit of a local update. 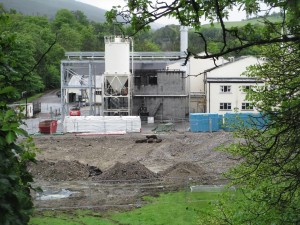 The warehouses at the front of Mortlach distillery are now completely demolished to make way for the new still house.  A bit sad but progress is progress.

If you are coming to Speyside and looking for a place to eat or stay then our two renovated hotels The Dowans in Aberlour and The Craigellachie with its Copper Dog Pub are really worth considering.

The WSD on the Road

The peace and quite of the shop will soon be left behind as we have a few road trips coming up.  Catch us at one of the following:

This entry was posted in Blog, Newsletters on 7 May 2014 by Val Lord.

During this Festival The Whisky Shop Dufftown's nominated charity was The Oaks in Elgin.  It is a palliative care centre and you do not have speak to many people here on Speyside before you find some one who has a friend, a relative, a neighbour or even themselves who has benefited from the great work that The Oaks does,  Some further information about this organisation is below.

We donated £5 from the ticket price of our "It Started with a Big Dram" event,  we had a honesty bottle where people could take a free dram but we asked them to make a donation and we also made collections at some of our events.  A very big thank you to all that donated in which ever form.  Our total currently stands at £400!  Thank you all again.

In 1997 the Hospice in Moray (H.I.M) steering committee published their proposals for a day hospice in Moray. The efforts of the (H.I.M) campaign have been the key to the progress of this development. In 1998, the Scottish Feedback Action Research report was published. One of its key recommendations was the provision of a day hospice/resource centre in Moray. There followed the establishment of a Grampian Health Board Working Group to put together proposals for improving cancer and palliative services in Moray and look at issues around setting up of a day hospice.

Macmillan Cancer relief raised 2.2 million pounds, which covered the cost of establishing The Oaks Palliative Care Day Centre. Upon completion of the building in 2003, The Oaks was 'handed over' to NHS Grampian, which has full control and management of the day centre. The Moray Hospice Steering Group, then became known as Friends of The Oaks .

The Oaks opened on 2nd June 2003 and officially was opened by HRH Prince Charles, Duke of Rothesay on 5th August 2003.

The Oaks Aims and Objectives

This entry was posted in Newsletters, Other Whisky News on 8 March 2014 by Val Lord.

Here is the festival's press release on the Whisky Awards 2014

A mouthwatering competition has been set up in the Spirit of Speyside Whisky Festival Whisky Awards, with eight of the regionÃ¢â‚¬â„¢s finest malts set to battle it out for honours in the eagerly anticipated annual contest.

A judging panel comprising industry leaders, acclaimed writers and specialist retailers whittled down 46 entries at a blind tasting event at the Knockomie Hotel in Forres this week before finally settling on their finalists in four categories.

And now that the experts have shortlisted the final drams, the power of determining the overall winners will be handed over to visitors to the Spirit of Speyside Whisky Festival. A series of roving judging sessions at which festival-goers will get to blind taste all of the shortlisted entries is being staged during the Festival, which takes place from May 1 to 5.

The awards are sponsored by coppersmiths Forsyths of Rothes Ã¢â‚¬â€œ the company responsible for building many of the pot stills in which the shortlisted single malts were distilled.

James Campbell, chairman of the Spirit of Speyside Whisky Festival, says, Ã¢â‚¬Å“In some ways it must be a dream job for our expert panel to spend a day nosing and judging such high quality Scotch malt whiskies, but on the other hand they face an immensely difficult challenge. The whisky produced on Speyside is among the best in the world Ã¢â‚¬â€œ deciding which entries are worthy of making the final is an almost impossible task.Ã¢â‚¬

Whisky writer Penny Ellis, a director of the Festival who also organises the awards, adds, Ã¢â‚¬Å“This is the only whisky awards in the world where the power to decide the overall winners is handed over to members of the public. However, the Festival is all about people: the people with the passion that drives production of our malt whisky, and the people who are passionate supporters of our national drink.

Ã¢â‚¬Å“The roving judging sessions are a great opportunity for our visitors to also take the blind taste test, and for them to sample some of the best whiskies that Speyside has to offer. Visitors may have their own favourite malt, but tasting it blind means that they cannot be influenced by presentation or brand loyalty Ã¢â‚¬â€œ all they have to go on is smell and taste.Ã¢â‚¬

The roving judging sessions take place at Ugie House Hotel, Keith on April 25; Glenfiddich Distillery, Dufftown on April 30; The Drouthy Cobbler, Elgin on May 1; Aberlour Hotel, Aberlour, Richmond Memorial Hall, Tomintoul and Macdonald Aviemore Highland Resort on May 2; Stuart Arms, Dufftown and Rothes Social Club on May 3; and Forsyths Coppersmiths, Rothes on May 4.

The final judging session and awards prize-giving will take place Ã¢â‚¬â€œ along with a ceilidh Ã¢â‚¬â€œ at Glen Grant Distillery in Rothes on May 4.

The Spirit of Speyside Whisky Festival, which is now in its 15th year, takes place at venues across the region, which is widely regarded as the spiritual home of the Scotch whisky industry. A signature event for Homecoming 2014, it will start Whisky Month Ã¢â‚¬â€œ a four week national celebration of ScotlandÃ¢â‚¬â„¢s world class food and drink.

It will also launch a brand new event this year Ã¢â‚¬â€œ The Spirit of Speyside Sessions Ã¢â‚¬â€œ which aims to put to spotlight on the areaÃ¢â‚¬â„¢s traditional music heritage with concerts and ceilidhs being staged in venues closely linked to the whisky industry.

Tickets for all events in the 2014 Spirit of Speyside Whisky Festival programme, including the roving judging sessions, can be bought via the website Ã¢â‚¬â€œ www.spiritofspeyside.com The Festival is also active on social media Ã¢â‚¬â€œ facebook.com/WhiskyFestival and @spirit_speyside on Twitter.

This entry was posted in Newsletters, Whisky Tastings and Events News on 27 January 2014 by Val Lord.

Here is our extensive programme of events that we are putting on during the Spirit of Speyside Whisky Festival 2014.  It's our largest programme ever!!!

We still a few other events up our sleeve.

PLEASE NOTE THAT BOOKING VIA THIS WEBSITE WILL NOT BE AVAILABLE ON SATURDAY 1st FEBRUARY WHEN ALL THE EVENTS GO LIVE ON THE SPIRIT OF SPEYSIDE WEBSITE. 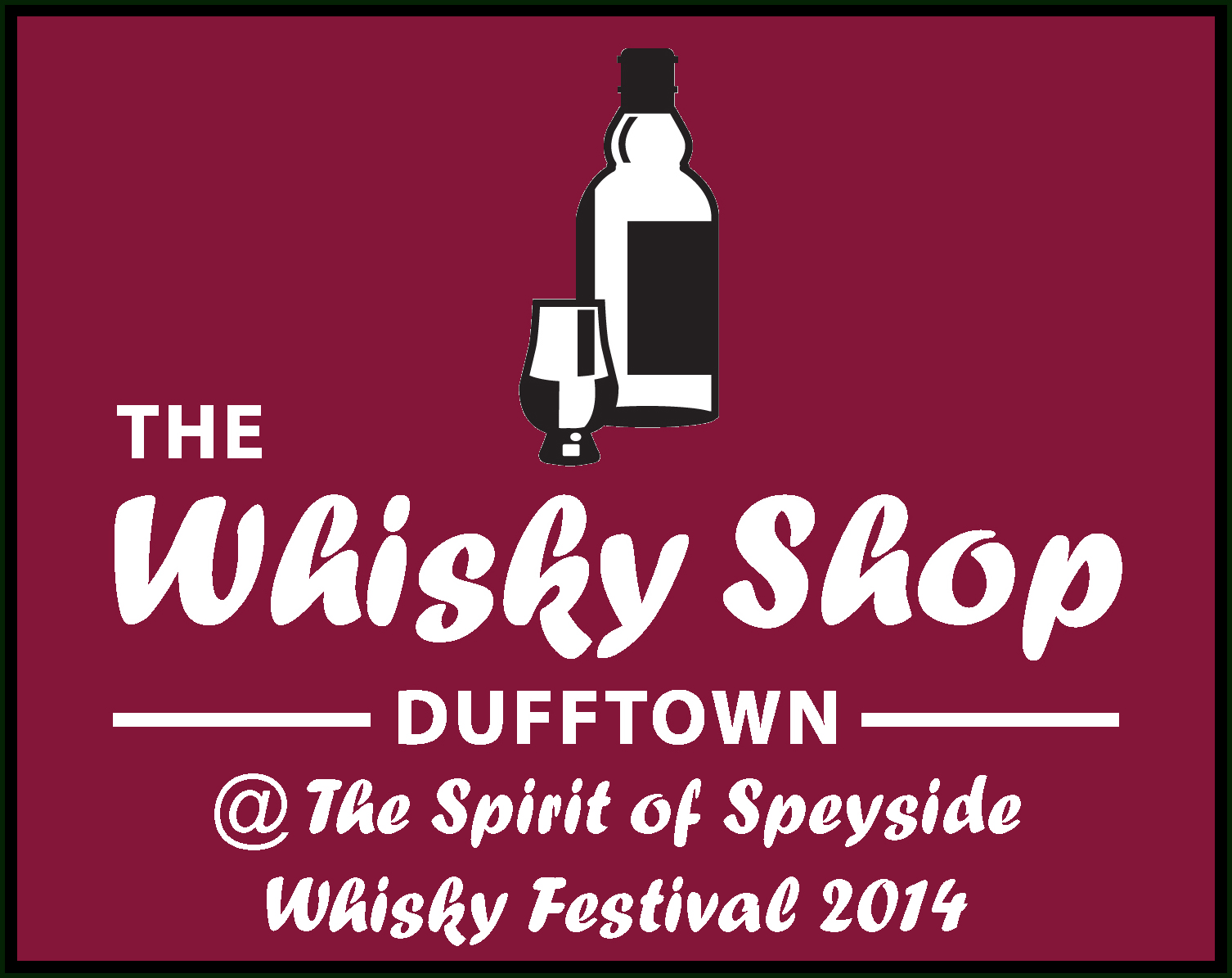