This is the first of our articles following The Spirit of Speyside Whisky Festival 2017.

Once again this year we laid down the challenge to independent whisky merchants to find the best independent bottling in two categories: Speyside Whisky; and the Rest of Whisk(e)y.

We run our challenge throughout the Spirit of Speyside Whisky Festival and it is judged by guests who come in to our shop in a blind tasting.  It was fun and relaxed and people really enjoyed the experience.  We had over 300 guests of the festival  sample the whiskies in the challenge and nearly 200 voted for their favourite.

The Speyside Category was fiercely contested but we had a clear winner in Aultmore 2008 6 Years Old from Stilnovisti which gained a third of the votes.  Stilnovisti have recently set up an office in Dufftown and it was great of them to find some whisky for us.  Particularly as they stole the show with a young whisky which beat off some much older competition.  This proved yet again that it is the liquid that counts the most and not the age.  We consider this to be a win for the Dufftown whisky region!  Second place was taken by the Adelphi Breath of Speyside 2006 10 Years Old and third place by Old Particular Craigellachie 1995 21 Years Old. 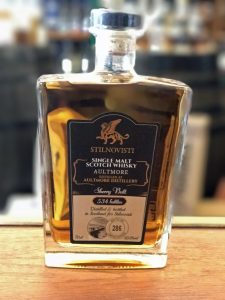 We had a runaway winner in the Rest of Whisky category with 40% of the votes, Old Particular Strathclyde 2005 11 Years Old.  We are hoping to get more stocks in shortly.  The rogue entry from Gordon & MacPhail, The English Whisky Co English Peated Single Malt came second and Old Perth came third. 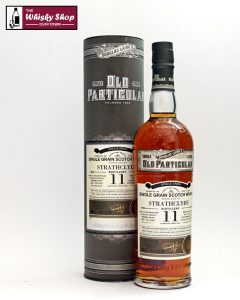 Note:  We define the rest of whisky to be any alcoholic beverage which is derived from any grain, distilled and then matured in oak casks. It can be a blend or blend of malts. It does not have to be distilled, matured or bottled in Scotland. However, it cannot be defined to be from Speyside. Should there ever be a grain distillery in Speyside then we will cross that bridge when we come to it.

Here is a flavour of some of Will's comments:

A big thank you to all the guests who took part.

See you all next year!