This entry was posted in Blog, Whisky Tastings and Events News on 15 October 2015 by Val Lord.

Our search at The Whisky Shop Dufftown to find the best Single Malt to go with Haggis which started in 2012 continued at this year's The Whisky Shop Dufftown Autumn Festival 2015.  We held daily tastings for guests of our festival to try our 4 specially selected malts - the winner from the previous festival and 3 new challengers.  We have now tried 32 different single malts in our search!

Our guests were asked to try the whiskies with haggis, neaps and tatties.  Nothing else.  We do try and be a bit scientific.  We wanted to show how the combination of whisky and food emphasised some flavours in either the whisky or the haggis and even created new ones.  We were delighted to see the expression on the faces of our guests as they experienced this.

It was a very tough battle this year but the biggest shock was the reigning champion came last.  As ever some people voted for each combination as the best proving that flavours are both personal and subjective.  What happened here?  We do not know.  We understand this whisky is made in batches so may be the flavour profile has changed slightly.  We placed the tables in a different position in the tasting hall.  May be that had an impact.  Yes, it really might.  We have regularly seen a split in opinion on the favourite between tables on opposite sides of the hall.  Do not think about this!  It will send you mad!

Now for the results.  It was really neck and neck with only 1 vote separating the top 2.  Gordon & MacPhail Linkwood 15 Years Old was just pipped at the post by the newly released Glen Scotia 15 Years Old. 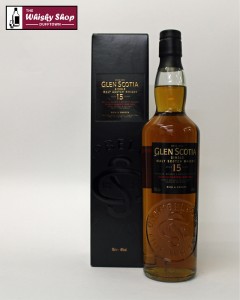 Is this a disaster that Speyside has lost this award?  Well, we at The Whisky Shop Dufftown don't mind too much.  This is a great whisky and trying great whisky is what our festivals are all about.  In addition we like to help out the smallest whisky region (by production capacity).  Dufftown which is not recognised as a whisky region has a capacity roughly 20 times greater than Campbeltown which is a recognised as a whisky region.   We do like to help the little people. 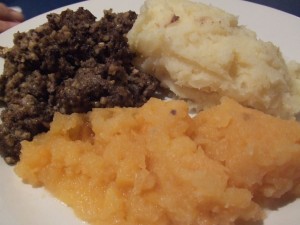