This entry was posted in Blog, Lady of the Drams, Whisky Tastings and Events News on 14 October 2015 by Val Lord.

Firstly I apologise for not posting sooner but things have been very hectic here one way and another.

The Whisky Shop Dufftown Autumn Festival 2015 was another great success this year. It was great to see all our regulars and all the new faces, of which there were a lot, enjoying themselves. Here are some of the highlights of the festival for me.

On Thursday Mike kicked the festival off with his Big Dram tasting which was well attended and the whiskies well received.  The first drop was drunk.

Friday saw a couple of new events, the Half â€˜n half Tasting during the afternoon followed by a cocktail masterclass at The Dowans. For the half n half we saw Mark from the Old Worthy Brewing Co team up with Robert Ransom from Angels Nectar. Mark is very passionate about his beers and has taken great care when choosing which whiskies to pair them with. Robert is also very proud of the Angels Nectar and Strane Gin (a great gin from Sweden). The pairings were very well matched each bringing some different flavours out in the other. The cocktail class was a huge success with the crazy Murray sisters entertaining us all with their anecdotes and sisterly jibes at each other. It was also really good to see quite a few newcomers to this event having the time of their life. They were all crazy so obviously become good friends of The Whisky Shop Dufftown. Fab cocktails were plentiful and it was announced to the group that my daughter had actually won the cocktail competition which had taken place earlier in the week (thats the last time I remind her to enter an event)

Saturday came and Antonia from Adelphi brought some great new whiskies, my favourite being the Invergordon 43 years old which had an amazing taste of milk chocolate bounty bars (knowing my taste, probably the most expensive of the bunch). Mike followed, looking very dashing in full kilt, continuing on his quest for Dufftown to become a recognised independent Whisky region.  The audience were treated to some great Dufftown whiskies and entertained by Mikes presentation which included a few of his friends as you have never seen them before. In the evening we were back to the Dowans for some whisky dining. The food was, as always, fantastic and everyone seemed to enjoy the whiskies Mike and I had carefully chosen to compliment the courses. All went home feeling well fed and content and ready for a good nights sleep.

Sunday and it was my turn. David MacDonald (Spey Valley Brewery) and I hosted our beer, whisky and food tasting. This time from the 1980s complete with fancy dress, oh yes Im afraid so, David metamorphed into Michael Jackson and I was complete with rainbow wig (which Mike took a liking too as it was the first time hed had hair that long) and many coloured accessories (Im sure there are many photos kicking around on various sites). For those in the audience that we didnt scare away they reminisced with us over the food and the music and were even given sweeties for being good. Peter from Morrison & MacKay followed and Im not sure how they get their casks but they really are bringing some amazing whiskies to The Whisky Shop Dufftown.

The final day and not only did this bring another new tasting but a new presenter. Richard Urquhat from Gordon & Macphail held a vertical Benromach tasting. Whilst Richard may be used to more cosmopolitan audiences and sunnier climates he was a fountain of knowledge and passionate about the whiskies and the new packaging the distillery now has. Watch out Mike P you may have your slot stolen. The new addition was Compass Box presented by Herman. I have never been in a tasting where the presenter is so excited and enthusiastic about the products that he actually forgot to taste the whiskies he was talking about. Compass Box seem to be really trying to grab peoples attention and get themselves out there with whisky enthusiasts everywhere. The Drams party was the final event of the night and as always it was a fantastic end to the festival. Many whiskies were drunk, prizes given and to my shock, delight and amazement Mike presented me with a brand new guitar from himself and Val for my 5 year anniversary of working for them. They may be sorry.

Well thats just some of my festival highlights, as always the atmosphere was great and the feedback we have had amazing, with many of the new attendees telling us they will be back. Were holding you to that guys. Ill be back soon with notes from some of the events I attended before the festival and news of trips to come.

Lady of the Drams. 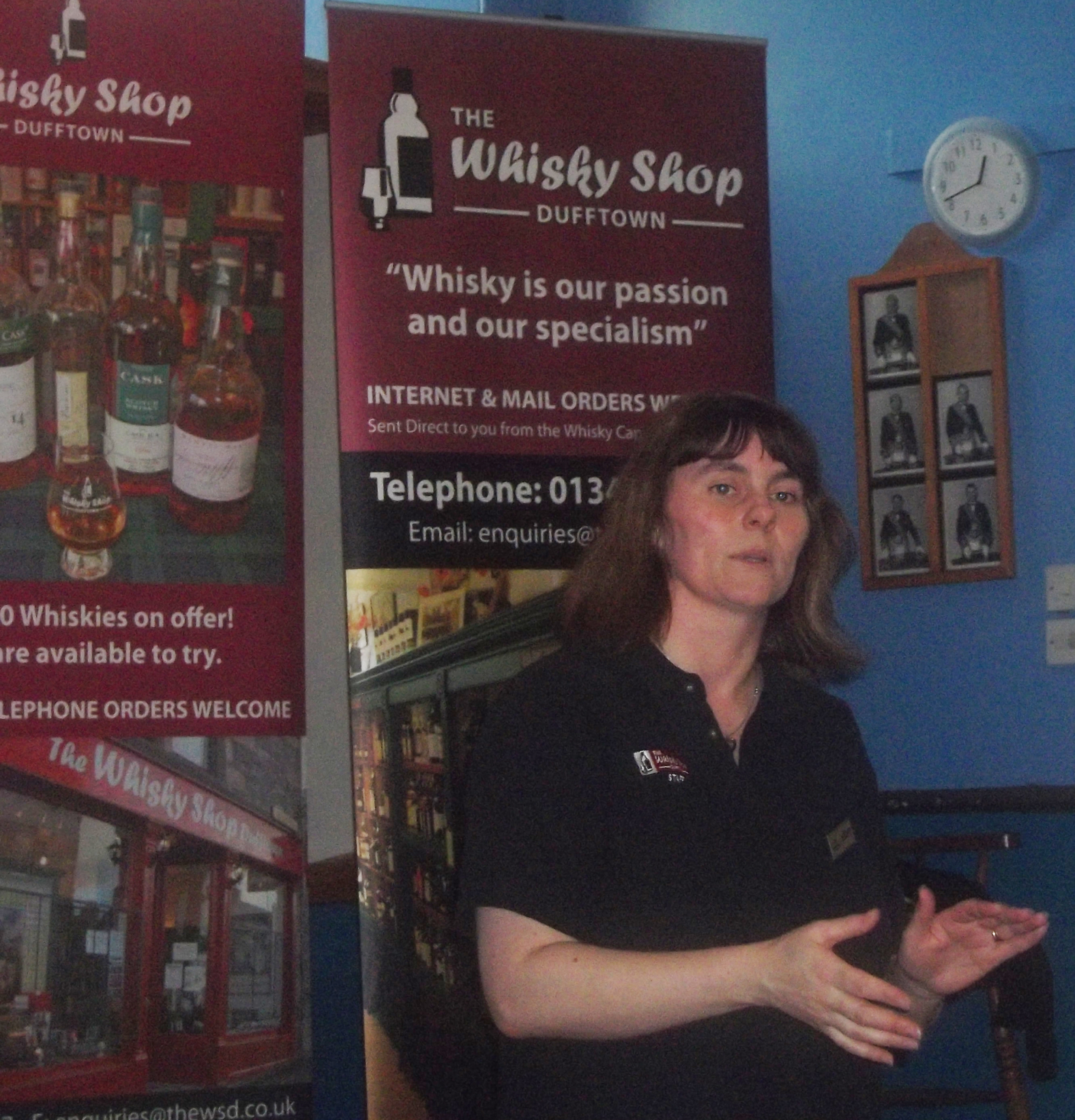