This entry was posted in Blog, Whisky Tastings and Events News on 22 May 2015 by Val Lord.

The Whisky Shop Dufftown has been on a search to find the best Speyside whisky inspired Muffin or Cupcake.  We have asked members of the public to enter their recipes.  The standard was incredibly high.  A team of experienced judges  decided on the final 5 to go to a tasting at the Spirit of Speyside Whisky Festival 2015.  At that tasting the guests voted for their favourites:

The winner was Steffi Bachorz from Germany with her Cranachan Cakes with Glenfarclas 12 Years Old.

In second place was local lad Chris Jameson with his Tasting Note Cup Cake with Glenfiddich 15 Solera.  Chris also won the prize for the funniest entry.

Here are the details of the top 5 entries.

The recipe was inspired by the image of an old whisky smuggler's journey through the hills on his way to Perth, Dundee and Edinburgh with casks of Glenlivet whisky.  "To supplement the daily fare of oatmeal porridge, handfulls of cranberries and blueberries roughly grabbed from laden bushes on each side of the narrow winding track are mixed in the mouth with a nip of whisky. In the summer sunshine the bees are busy on the heather blossom and down by the river, in a few secret places, wild hazelnut trees add more flavour to the mix." 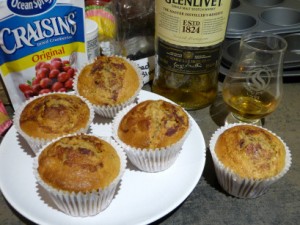 This recipe is intended to help people like the entrant who can sometimes struggle with tasting notes by creating an edible tasting note!  Thus, the Tasting Note Cupcake was conceived. 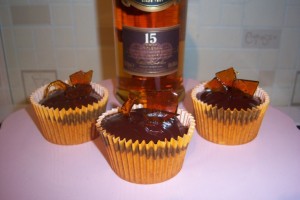 This entrant decided the best way to showcase a whisky was to combine it with raspberries and oats.  These cupcakes are a homage to Glenfarclas Single Malt -its hints of sherry and peat work beautifully with both the tartness of the raspberries and the earthiness of the toasted oats. 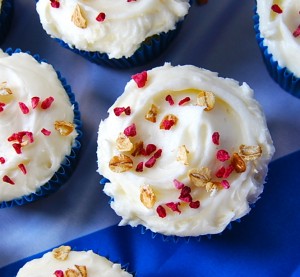 Apparently aYorkshire version of The Great British Bake Off is a Mother versus daughter challenge which resulted in this creation which reflects the entrants first taste of the Balvenie Caribbean Cask.  The entrant was stunned by the mixture of flavours,the richness and spice all so well balanced with the typical Balvenie flavours. With holiday season in mind this seemed the perfect dram to accompany a cupcake. 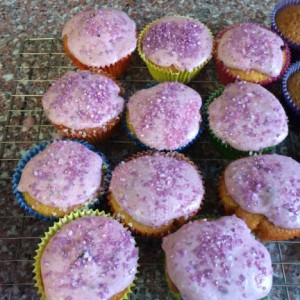 This entrant used a favourite Queen Cake recipe and adapted it to reflect their inspiration from their partners favourite whisky. In the cake I tried to complement the whisky to bring out its character, there were many hints of flavours to choose from but I felt my base cake was most suited to picking up the citrus notes, paring that with a light chocolate touch to suit the dark chocolate tones in the whisky; topping it off with a smooth, chocolaty, whisky-laced, rich buttercream. 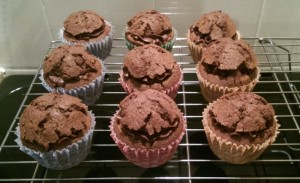