Sunday nights used to be about sitting at home and relaxing before starting work the next day.  Not anymore - once a month The Drouthy Cobbler, Elgin has a whisky tasting and like the previous tastings, last night was another great hit.

Graham Coull from Glen Moray took the spotlight this time and even after running a half marathon that afternoon (well done Graham) he still managed to entertain us and bring the audience some fabulous and unusual whiskies.  The whiskies we tasted were all cask strength and not yet bottled.

First up was a single cask, 2006 Sauternes Finish.  The nose was so rich and delightful giving promises of freshly cooked Christmas cake and orange and cinnamon. The taste lived up to the nose giving spicy then sweet hits and bringing the cinnamon to the fore. Well baked Christmas fruit cake and a great one to start with.

Next, came a single cask, 2004 Chenin Blanc. This had earthy notes with vanilla and a slight note of spent matches.  The palate was spicy with soaked raisins coming through leading to a drying finish. A very interesting whisky.

The third whisky of the evening was a 2001 Madeira cask finish which had dark fruits soaked in rum and red grapefruit on the nose. The palate firstly brought a sweet hit then spice before the fruit reappeared. Personally I got fruit pastels but Graham said his tasted like â€˜adult jam which, after a few cask strength whiskies, caused many laughs and giggles from the audience.

The final wood finish was a 1998 Port wood.  This one blew me away, an amazing dram of which I will definitely be buying a bottle when its ready.  Polished mahogany, cream soda and port soaked sultanas on the nose with sweet brown sugar on the palate making me think of warm Caribbean nights.

Before taking a well-earned break Graham then introduced us to the first of the peated whiskies of the evening which was a real surprise.  This was a 1994 21 years old which had spent its first 17 years in a bourbon cask then the following 4 years in an Islay cask from a distillery which Graham wasnt allowed to disclose or he would be gagged and tied to a post on Bowmore pier (covered in adult jam no doubt). The peat was light and gentle and made me hungry for a smoked bacon sandwich, but there were also citrus fruits lurking underneath.

After light refreshments to cleanse our palate (well gin & tonic) we moved onto whisky number 6 which was a 1995 sherry cask Glen Moray finished for 3 years in a peated cask. The peat came through a bit more on this one but it was more of a coal fire ash with a zing of lime in single origin dark chocolate.

The final whisky was a young 2010 for which Glen Moray had peated their own barley (which Graham was obviously very proud of) and started out in an ex-cognac cask then transferred to a sherry cask. The nose on this was of freshly lit fires with a taste of tangy, spicy, smoked meat and an underlying sweetness.

The final surprise of the night was a shot of peated cleric which was around 71% abv.  The nose was of malty cereal and very fruity while the taste offered up tangy, fruity, coal peat and finished the night off very, very well.

PS  Mike came up with the title of this post so don't blame me. 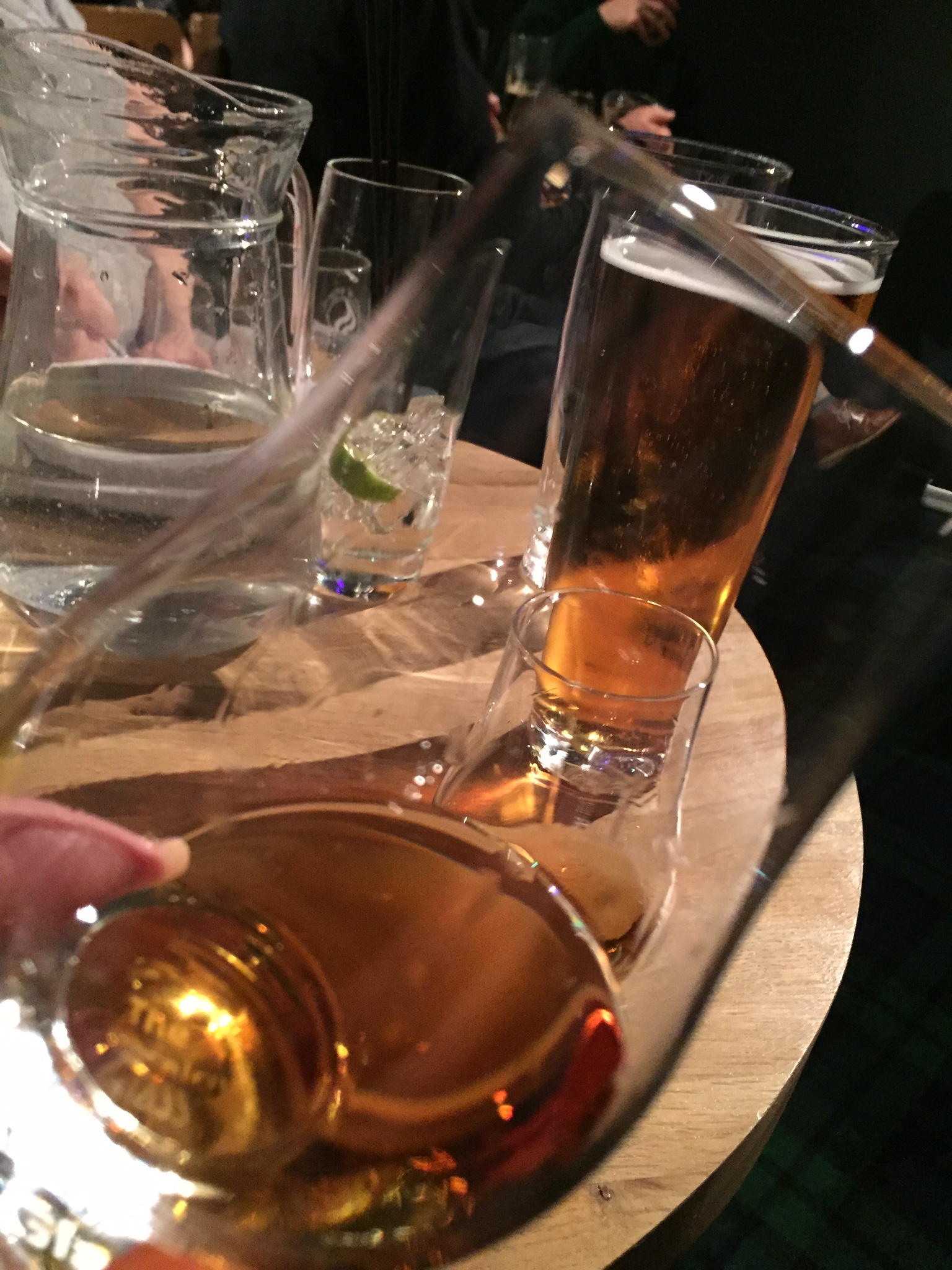